New high-tech incubator based on accelerator technology opens its doors at PARK INNOVAARE. Start-ups and young, small high-tech companies will be supported by a focused funding program. Joining CERN as partners are the Paul Scherrer Institute (PSI) and the University of Applied Sciences Northwestern Switzerland (FHNW).

The newly created Swiss Business Incubation Centre (BIC) of CERN Technologies is being set up at PARK INNOVAARE. InnovAARE AG, the supporting organization and operator company of PARK INNOVAARE, will be setting up and running the incubation centre. The centre will be promoting companies with a connection to accelerator technology. This includes technology fields as diverse as Big Data/ICT, detectors, high-performance electronics, cooling systems, magnets, sensors, control and monitoring systems, vacuum technology and many more – for applications not only in the field of particle accelerators, but also in medicine and biomedicine, aerospace, environmental technologies, Industry 4.0 and even monument preservation. This will serve to further expand the thematically focused innovation ecosystem taking shape at PARK INNOVAARE, aiming to commercialize the cutting-edge technologies making Switzerland competitive on a global scale. 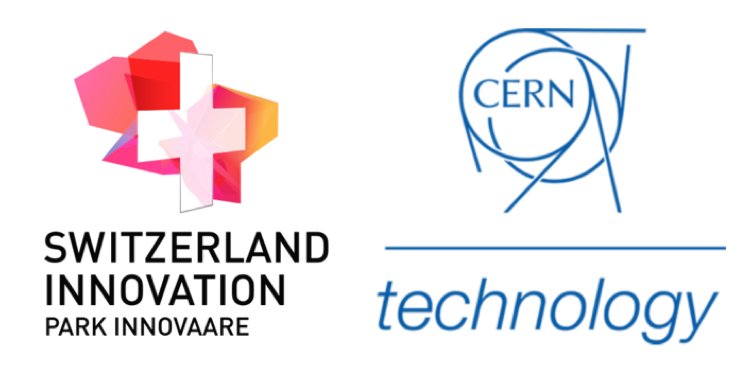 Access to technologies, know-how and CHF 50,000 in start-up capital

To this end, PARK INNOVAARE and its partners are setting up a support program for start-ups and young, small high-tech companies. In addition to CERN as a partner, the Paul Scherrer Institute (PSI) and the University of Applied Sciences Northwestern Switzerland (FHNW) are also on board. While CERN and PSI advise the young companies in terms of technology, the University of Applied Sciences will support them with management knowledge. In addition to granting preferential conditions for the use of CERN patents, core elements of the funding also include access to the complementary know-how of the Paul Scherrer Institute (PSI) and start-up capital of CHF 50,000 per company. These measures are supplemented by intensive start-up coaching provided as part of the FHNW workshop program. Initially, one company is to be funded in 2018. In the long term, an average of two companies are to be included in the program per year.

Founder competition starting at the end of August, awards ceremony to follow in November

The companies will be selected by means of a competition. Start-ups and technology companies that have been on the market for less than two years can apply starting at the end of August 2018. The so-called “incubatees” will be chosen by an independent jury in a two-stage selection process. In addition to representatives from PARK INNOVAARE, CERN, PSI and FHNW, the jury will include representatives from industry, the financial sector and the media. The first incubatees will still be presented this year.

Plans are to present the winner at the StartUpForum Aargau, which will take place at the FHNW Campus Brugg-Windisch on November 12, with more than 300 visitors.

CERN, the European Organization for Nuclear Research, runs a major research facility for basic physical research in the canton of Geneva. With its Business Incubation Centres (BICs), CERN aims to promote technology transfer in order to make the cutting-edge technologies it has developed available to industry and society in Europe. CERN currently has business incubation centres in ten countries, including Finland, France, Greece, the UK, Italy, the Netherlands, Norway, Austria, Spain and now Switzerland.