Accelerator technology has helped push research forward in many areas in the past. In the future, too, this technology will help drive progress and open up previously undreamt-of possibilities in many areas, from medicine to security technology.

The new possibilities for combating malignant tumors are already well established in medicine. More and more patients are benefiting from proton therapy to selectively remove cancer cells. Prior to 2009 there were only a few facilities and – with one exception – they used proton therapy technology that is now obsolete. At the Paul Scherrer Institute (PSI), spot-scanning technique was being developed as early as the 1990s. It is more precise than the passive scattering method used so far. The scanning technology has since become a standard worldwide.

In 2010 there were only three such systems, one of them at PSI. Five years later, 30 treatment centres were already equipped with the new technology. There are currently more than 60 proton therapy facilities in clinical operation worldwide. The new systems mainly use scanning technology. However, proton therapy facilities are currently quite expensive, complex in construction and very large, and therefore not easy to install in an existing clinic. The continued development of accelerator technology will make the devices more compact, lighter and more cost-effective in the coming years. The reduction of treatment costs will allow many more patients to have access to a more gentle cancer treatment.

Spot-scanning technique works like a precise scalpel – very sharp but painless, without the necessity to cut into the human body. Up to now, the new technique has mainly been used for the treatment of tumors in the vicinity of critical organs where the conventional radiation technique using X-rays exposes healthy body parts – and in particular vital organs – to high levels of radiation. Proton therapy is especially suitable for pediatric cancer treatment as healthy parts of the body should be irradiated as little as possible in growing children. Cheaper pencil beam scanning will bring the advantages of proton radiation to those patients who, for cost reasons, have so far been treated with a "blunt scalpel" (X-ray therapy).

To date, more than 160,000 cancer patients worldwide have been treated with proton therapy. Each year, there are about 20,000 patients more. More than 100 clinical trials are underway to evaluate the benefits of proton therapy. Today, Spot-scanning technique or "pencil beam scanning" is used in more than 70 percent of proton beam treatments.

Accelerator technology also plays a key role in nuclear medicine. Today, many radioisotopes for diagnostics and therapy are produced with accelerators, mainly cyclotrons. Accelerators also play a major role in drug development, for example in determining the structure and composition of proteins in the membrane of cells. The resulting insights form the basis for targeted therapies adapted to the needs of individual patients.

Research in the field of renewable energies is also benefiting from accelerator technology. Particle beams and synchrotron light, both generated with accelerators, enable the precise determination of the atomic structure of materials and substances. The method, a sort of  “chemical imaging”, makes it possible, for example, to develop better and more cost-effective catalysts for exhaust gas purification in motor vehicles.

In battery technology, a central topic of e-mobility, the methods of “chemical imaging” show exactly what happens during the charging and discharging of the energy storage device. In a way, accelerator technology functions as a microscope, helping increase the efficiency of batteries; this in turn will have a positive effect on the market acceptance of electric cars.

The development of new materials also benefits from accelerator technology. Accelerators make it possible, for example, to characterize or to test the durability and reliability of new materials to be used in buildings and machines.

Accelerator technology also opens up new possibilities in the field of security. In this way, passengers and goods can be better checked for danger potential at critical locations (borders, airports, ports). Security systems, based on accelerator technologies, can scan containers even when these are on the move – for example on railway tracks. In the future, accelerator-based applications will also be increasingly employed in the fight against terrorism. Explosives experts use them to investigate suspicious objects in order to identify chemical, biological or nuclear substances.

More speed for the computer industry

In the future, short-wave lithography will be used in chip production to further advance information technology. Currently, conventional light sources are being used to expose the masks for the production of computer chips. This limits the density of the "marking" of the chips. Future generations of computer processors will be produced with accelerator-based light sources that generate short-wave light. The computer chips and data memories produced in this manner will give rise to significantly more computing power, faster data transfer and significantly higher data storage densities.

Accelerator science and technology provide some of the most fascinating research instruments today. In addition, the cutting-edge technologies developed for the accelerators can also have significant value for start-ups and small companies that are looking to build their own products and services. The Business Incubation Centre of CERN technologies at PARK INNOVAARE provides the bridge between these worlds. 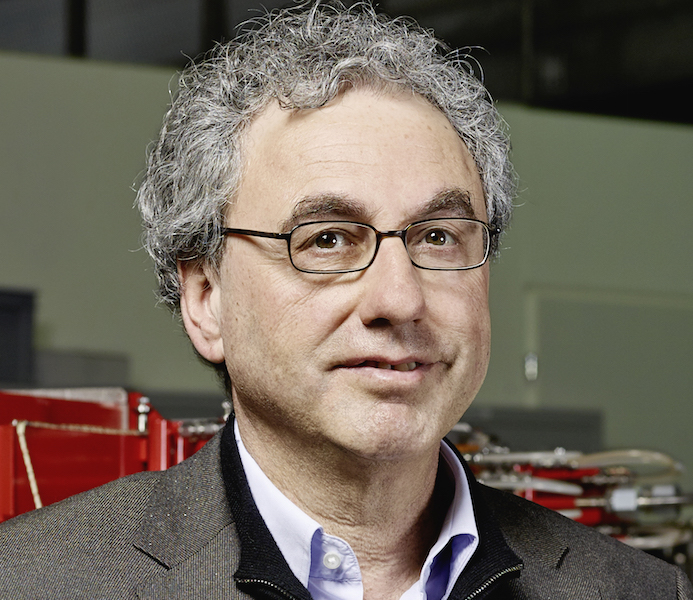 About the author: Leonid (Lenny) Rivkin studied studied physics in Novosibirsk and Cambridge USA, graduating from Harvard University in 1978, and obtained his PhD in Physics from California Institute of Technology, Pasadena in 1985. After ten years on several large accelerator projects at Stanford Linear Accelerator Centre, followed by a year at CERN, Geneva he joined Paul Scherrer Institute in 1989 and worked on the design, construction and commissioning of the Swiss Light Source (SLS) among other accelerator projects. In 2006 he became a member of the PSI Board of Directors, taking charge of the division of Large Research Facilities and being responsible for operation of all of the PSI accelerators, as well as for accelerator R&D for future projects at PSI and in industry.