Accelerator technologies: enabling progress outside of the scientific world

Physicists use particle accelerators to answer the fundamental questions about our universe – how it was created, why objects have mass, what antimatter is, and so on. Truly, particle accelerators, like the ones at CERN or the Paul Scherrer Institute (PSI), are the epitome of pure research instruments. Are they, though? If you think these machines have no use outside of research, you are in for a surprise.

What is it, a particle accelerator? On a basic level, a particle accelerator produces a beam of charged particles that can be used for a variety of purposes. It is any kind of installation that accelerates particles from energy A to energy B. Its size is essentially determined by the energy needed for a specific application or an experiment. The bigger it is, the higher the transmitted energy will be. The highest-energy particle accelerator in operation since 2008, Large Hadron Collider, has a circumference of 26.7 kilometers and is operated by CERN (Geneva, Switzerland). However, it is not always the goal to achieve the highest energy. In the case of proton therapy, for example, it is the precision that counts.

Did you know that accelerators make our life better?

One of the first industrial applications of accelerators was the sealing of potato chip bags and milk cartons. Or another example: at the end of last century, almost every household had a mini-accelerator – a CRT (Cathode Ray Tube) television set. In such a TV, the video signal is transmitted through a circuit that fires a beam of electrons down a long cathode-ray tube. As the beam flies down the tube, electromagnets steer it from side to side so it scans systematically back and forth across the screen, line by line, "painting" the picture over and over again like a kind of invisible electronic paintbrush.

It is understandable that the complexity and dimensions of particle accelerators lead to the erroneous idea that they must be reserved exclusively for scientific purposes. Instead, accelerators have been winding their way out of research labs and into industry for decades now. The new applications of accelerators and accelerator-related technologies are continuing to arise in diverse fields.

In the medical sector, accelerators are used to fight tumors (including cancer) with proton radiation. In contrast to traditional radiation, protons have stronger penetrating power and can go through tissues causing little damage to surrounding organs, but killing malignant cells. One such center is also located at the Paul Scherrer Institute (PSI) in Villigen (Switzerland). Here, researchers are investigating and developing new treatment methods, such as a spot-scanning technique that allows for more precise irradiation. More than 6,000 patients have been successfully treated at the center so far. 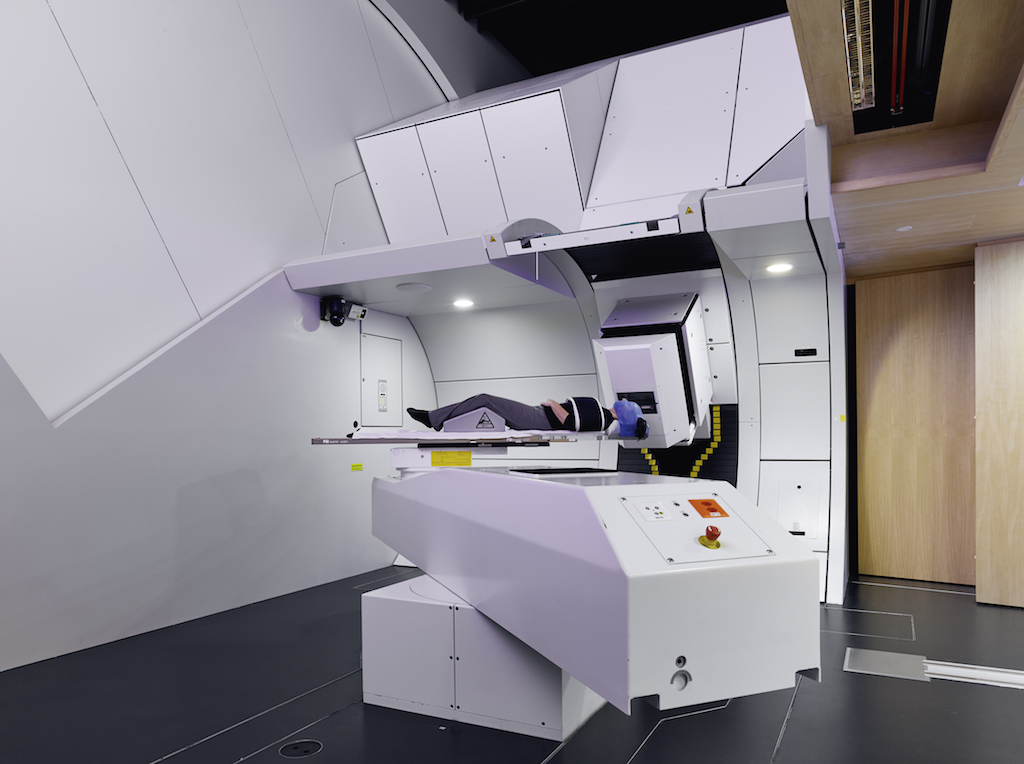 Accelerators are also widely used by the microchip industry. It relies on a special technique called doping, in which boron and phosphorus ions are inserted into layers of silicon by means of accelerators. Since ions are positively charged, accelerators can direct ion beams with electromagnetic fields. Thus, the ions penetrate the surface of the silicon wafer and are deposited at desired locations inside it. This changes the conductivity of the material that affects the performance of the chip. As a result, the industry has been able to produce smaller, more powerful computer chips that have brought personal computers to us. Moreover, energy, food, plastic, clean-tech industries and national security and cultural heritage organizations also use accelerator-based installation for their specific needs. The potential of the technologies is high and might find further still-unimaginable applications.

It comes as no surprise that the demand for accelerator-based installations among research centers and, in particular, in different industries is growing progressively. Today, there are already about 35,000 such installations around the world and over 1,700 new units being added each year. The total systems market, including their applications, represents a volume of approximately USD 4 to 5 billion and is continuing to grow.

Custom-made technologies and solutions at the service of science, the economy and society

Building particle accelerators, especially ones like those operated by PSI or CERN, is a highly complex process. They are often unique in their compilation, and the key components are custom-made. Not to mention the time it takes to build such a facility from scratch and the effort that is needed to conduct necessary upgrades to keep up with the new generation accelerators. Obviously, being in this business demands a lot of engineering know-how, cutting-edge technologies, and innovative technical solutions. It includes vacuum technologies, electromagnetic technologies, short pulse modulators, software, control and measurement systems, data analysis, detectors, etc. Many of these are brand-new developments specially designed to meet the extreme requirements of cutting-edge science. In a nut shell: technological progress par excellence. 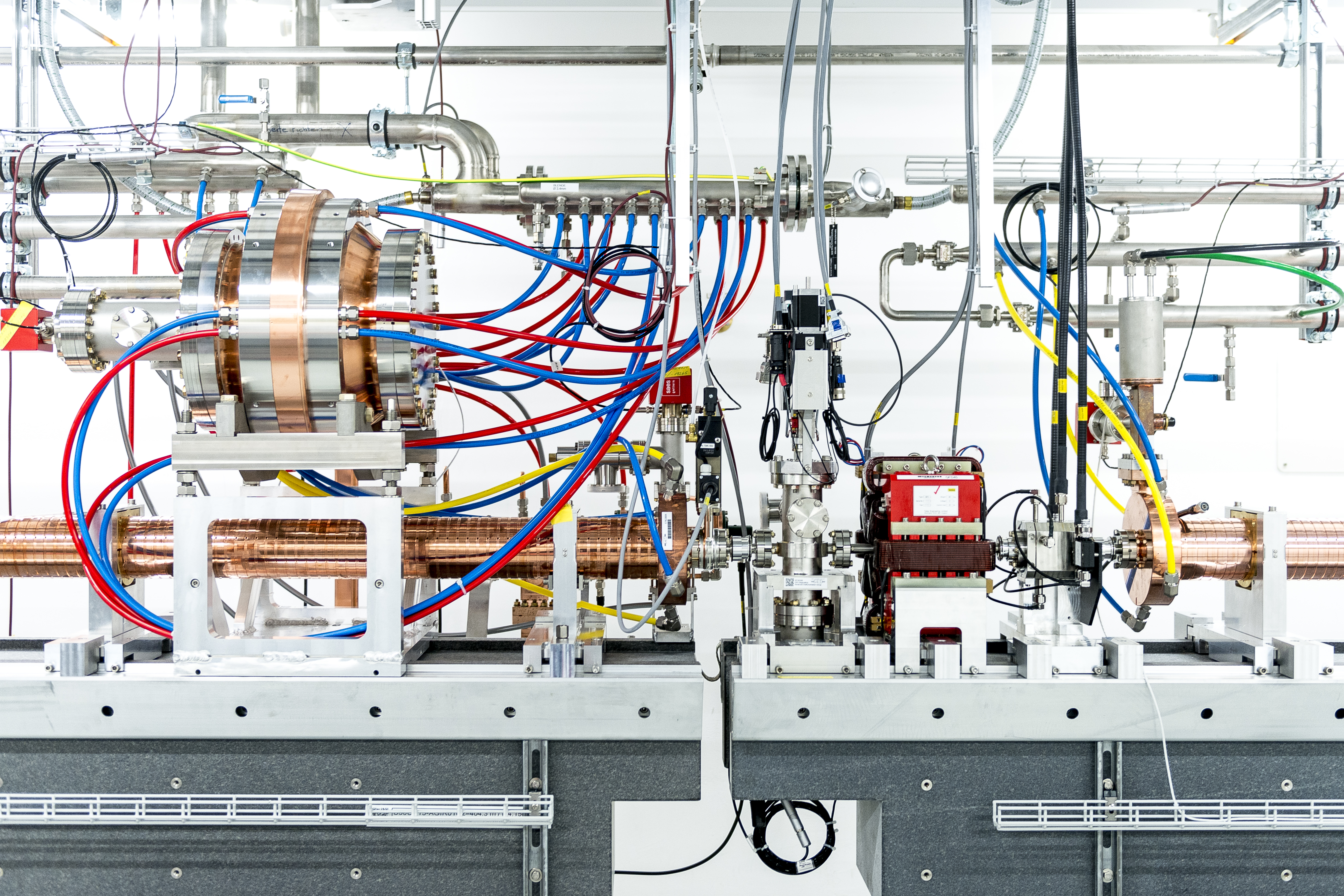 New X-ray free-electron laser SwissFEL was launched at the Paul Scherrer Institute (PSI) in December 2016 and has already seen its first pilot experiment.

However, we would be wrong to assume that these highly-customized technologies and solutions cannot be extrapolated into innovative industrial applications. History has shown that, just like the accelerators themselves, their individual components are also widely used by industry and have the potential to revolutionize the end customer experience. In a virtual sense, the span of technological products and solutions derived from accelerator-based technologies is only limited by our imagination.

For instance, consider robotics software developed to protect personnel against hazards in the accelerator facilities. It is used to manage autonomous movement, which enables a modular robotics platform to perform sophisticated tasks. Its application areas are vast and include inspection, monitoring and remote handling in the hazardous environments of many industries. In the future, its autonomous navigation could help visually impaired people with navigation and even be used in driver-assisted cars.

One of the probably most unexpected examples would be an optimized irrigation system based on the technologies developed for high-energy physics. Such an irrigation system will use fiber-optic sensors designed to measure parameters such as temperature, humidity and the concentration of pesticides, fertilizers, and enzymes in the soil of cultivated fields. How can humanity profit from it? The system will help build more sustainable agriculture, as it will enable water savings, increased crop yields, and reduced use of pesticides and fertilizers. The key element of the system – fiber humidity sensors – are based on those developed for the CMS (Compact Muon Solenoid) experiment at CERN's Large Hadron Collider in 2014. 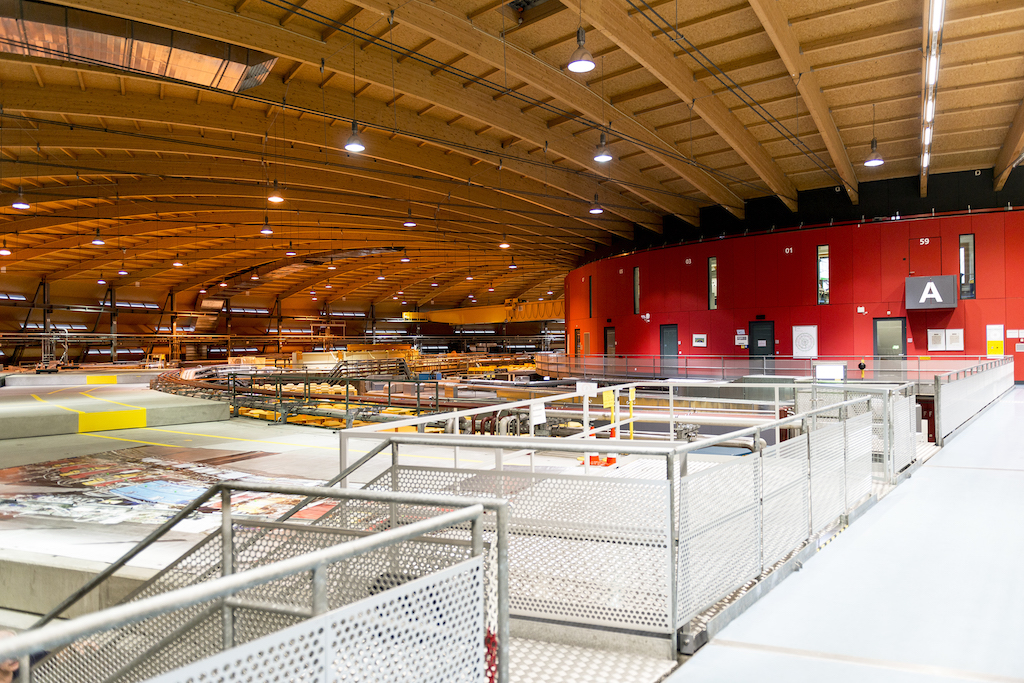 There are hundreds of examples of how particle accelerators or related technologies have improved consumer products, assisted in medical progress, and benefited national security and cultural heritage – not to mention the outstanding scientific leap they have helped achieve. Accelerator technology is truly an enabler of innovation in many areas. Despite its complexity and – to a certain extent – its exclusivity, the world of accelerator technologies is much closer then we imagine.